I mistook a water strider for a bee. It was almost midnight. With eyes half closed, I went in to use the restroom. And there, just as I was washing hands, something brown flew directly to my face. I screamed, jumped, and threw myself out the door. To a third person, it might have given some comic relief. But I was convinced that I was stung at the back, and now a mountain of a swell was growing around it. It was only later that I cringed at the stupidity, there was no pain. There was no sting to start with. It was all the works of my fear-drenched mind. Later, my husband and I examined the restroom, and we found a very elegant, almost still, water strider, resting on the tile. We slowly went towards it with a polythene cover. It can’t hear anyway, it catches its prey by sensing the vibrations on the water surface. We walked stealthily, and placed the mouth of the cover around it. Once safely inside, we freed it into the cool rainy Thursday night. 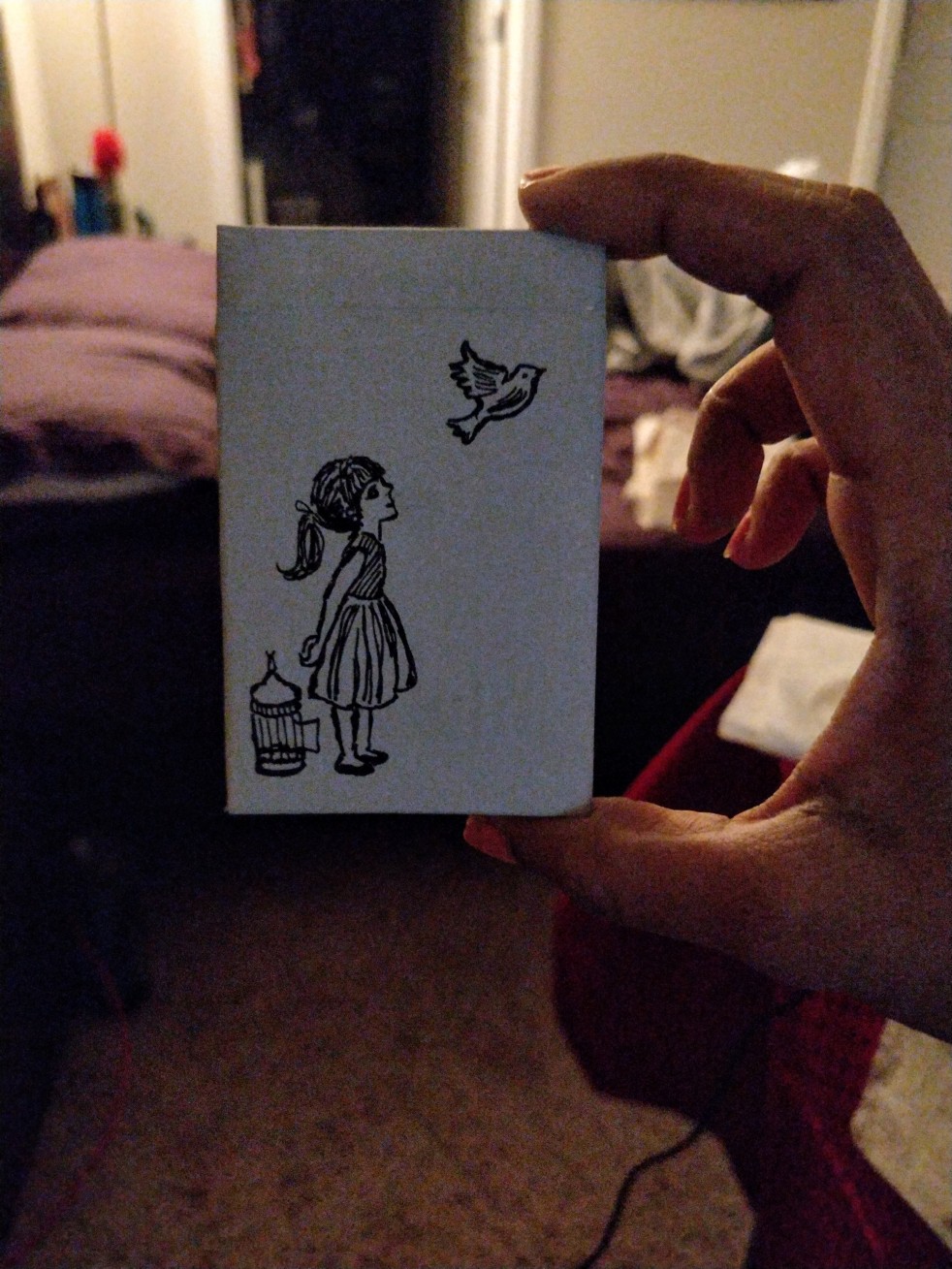 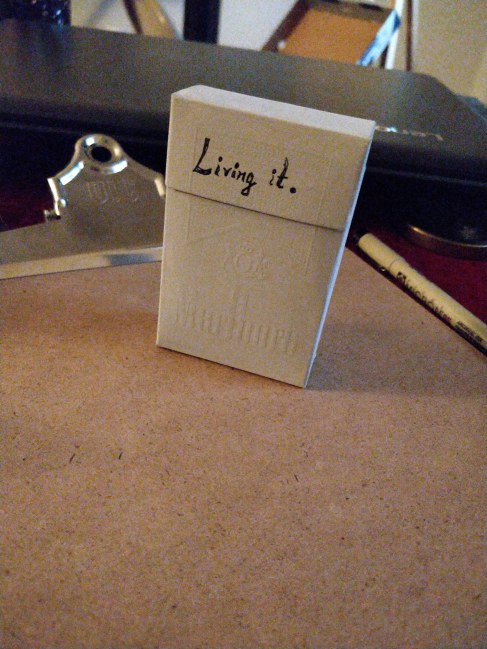 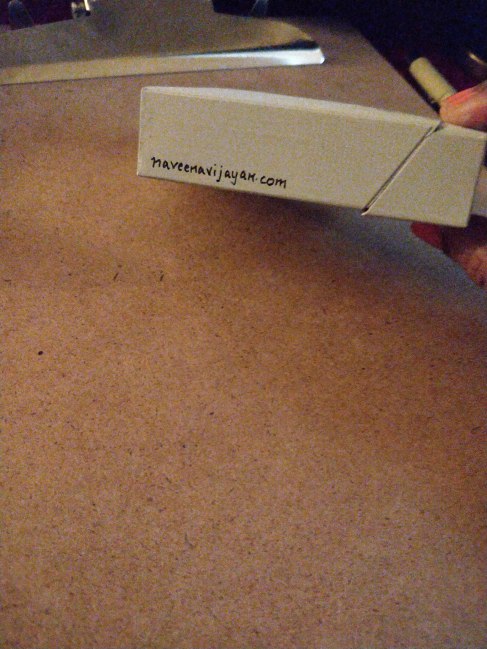 It was done on a cigarette packet. 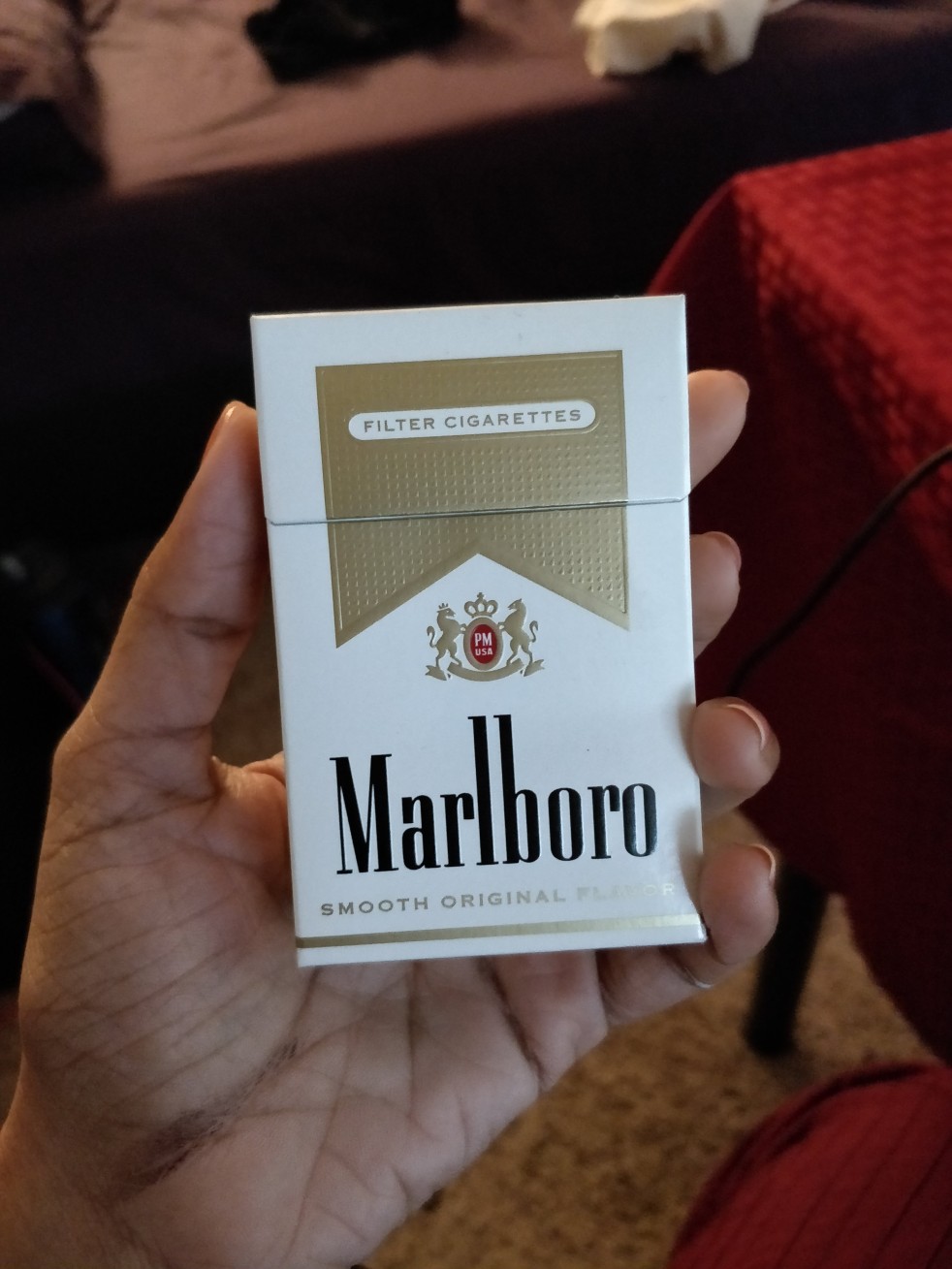